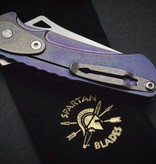 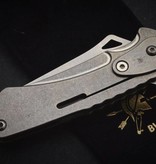 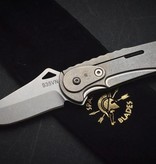 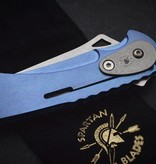 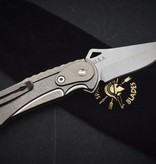 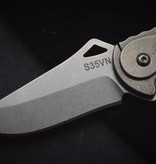 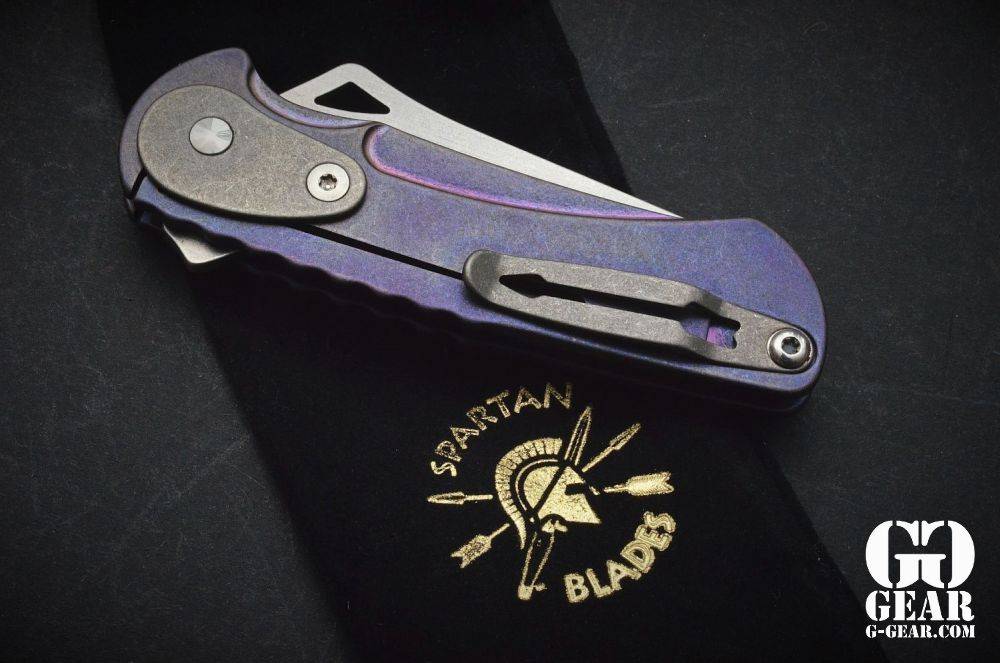 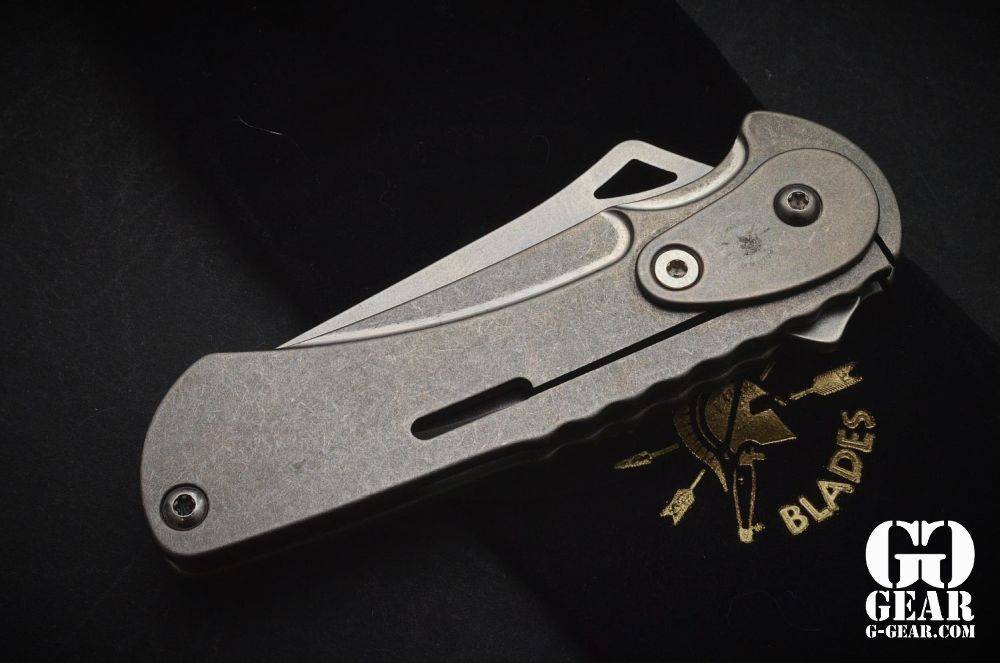 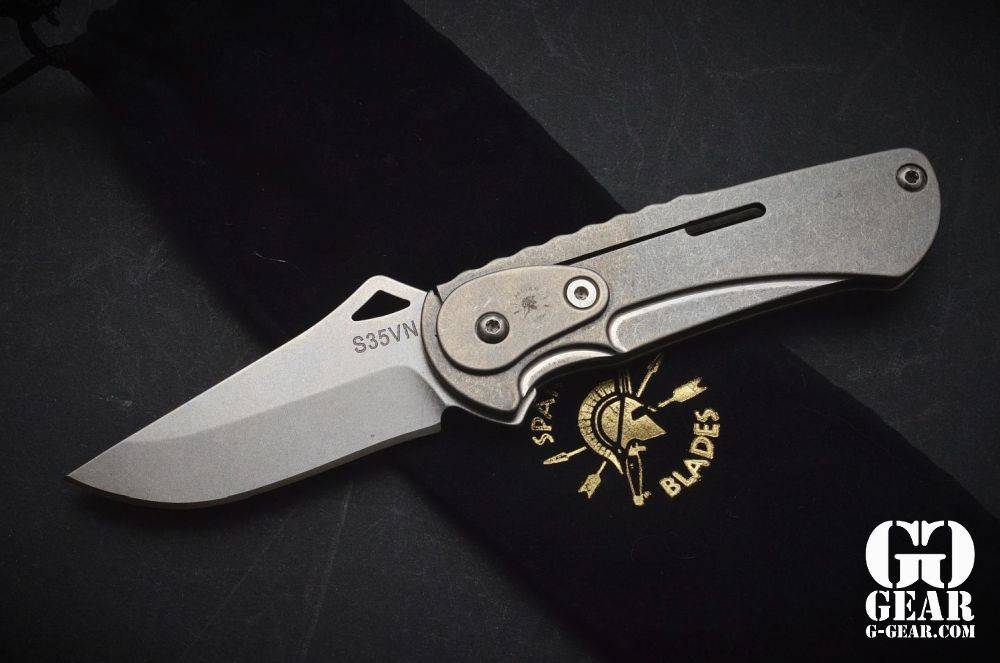 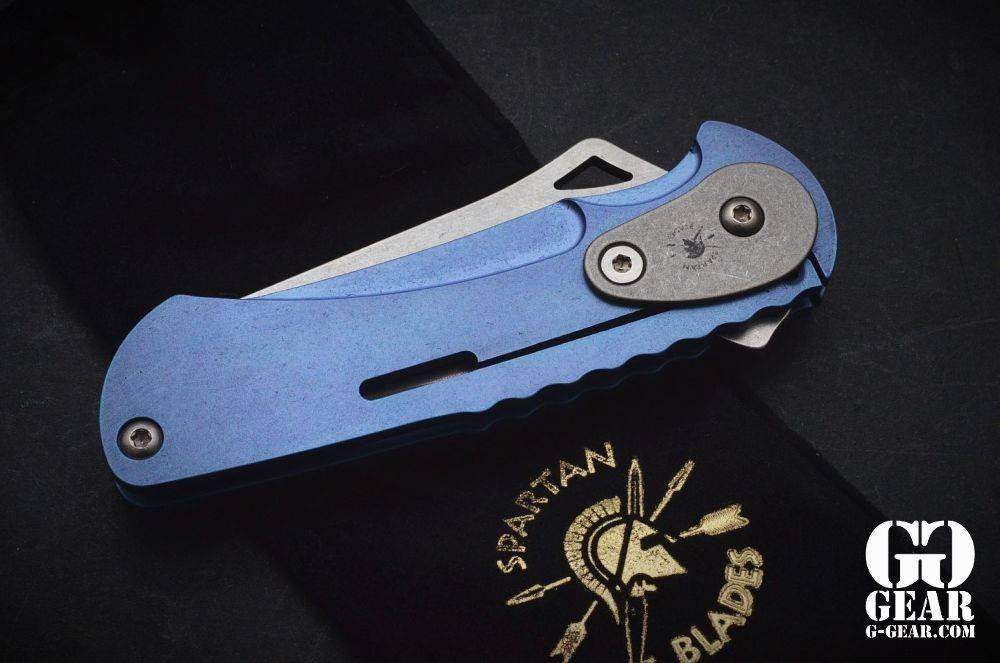 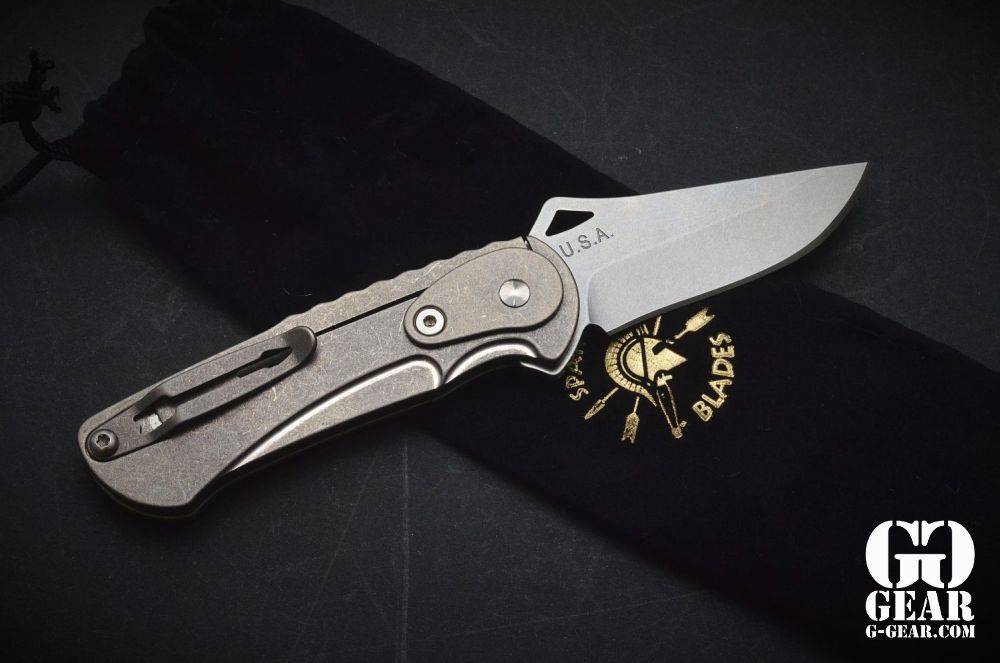 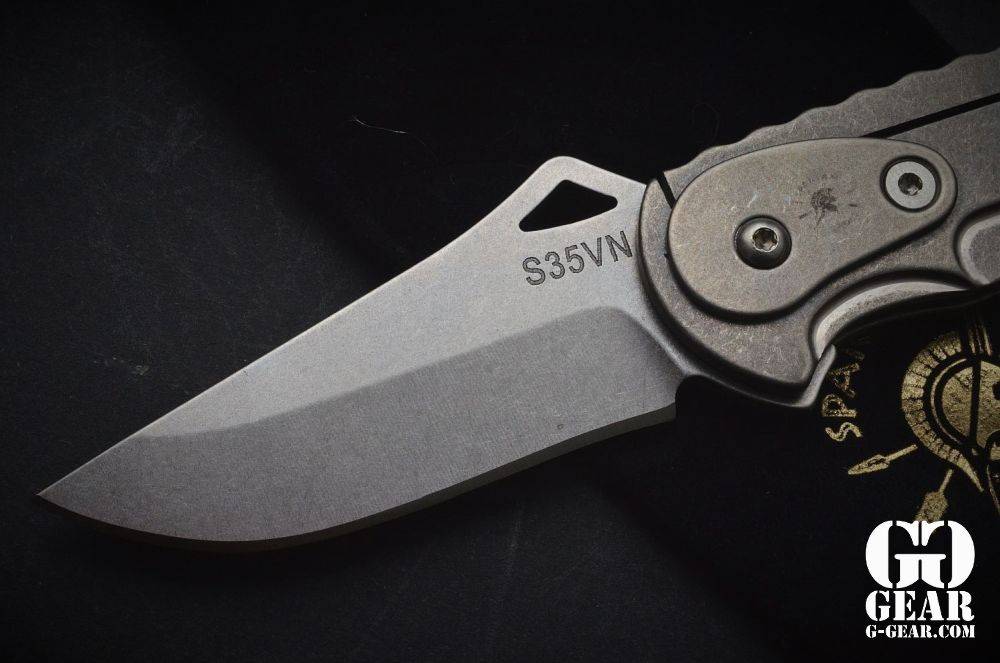 This small titanium folder is the result of a desire by Spartan Blade to produce a high quality slip joint folder using as few small moving parts as possible. While attending the 2012 IWA Show in Germany, the Spartan Blades guys spoke with several people who simply couldn’t own one of our larger folders due to the restrictions of knives with locks, one handed opening, and long blades. During the show, Mark and Curtis were visiting the Nuremburg Toy Museum and were impressed by some of the very small high-tech mechanisms used to make toys. It was then the idea hit them to make a slip joint that didn’t require several small fine blanked parts, allowing for a more modern look and function than the classic slipjoint. Now they had a great idea but not the full mechanism to make it work.

Later, Spartan met with Les Halpern of Halpern Titanium and explained their idea for a small modern slip joint. He became very excited as he had an idea for a similar knife using what he called “A good idea” for a mechanism. Les did some drawings explaining his idea for eliminating the traditional back spring. Normally, slip joint blades are held in position by a strong "back spring" which assists them with bias to the open or closed position. Les’ idea was to make the frame the spring with the same bias in open or closed position.

This folder eliminates the need for a back spring by using what we call an “Integral Frame Slipjoint”, the dorsal side of the frame is cut to work as a spring and holds a pin that creates a bias to close and open. The blade is opened by pushing on the tab on the blade (it is not a flipper tab!) with one hand and pulling with the thumb and forefinger on the triangle cut-out of the opposite side and hand. Additionally, the pin "locks" into the blade when held firmly by the users thumb and forefinger in in position of use but is free to rotate upon release of the frame handle.